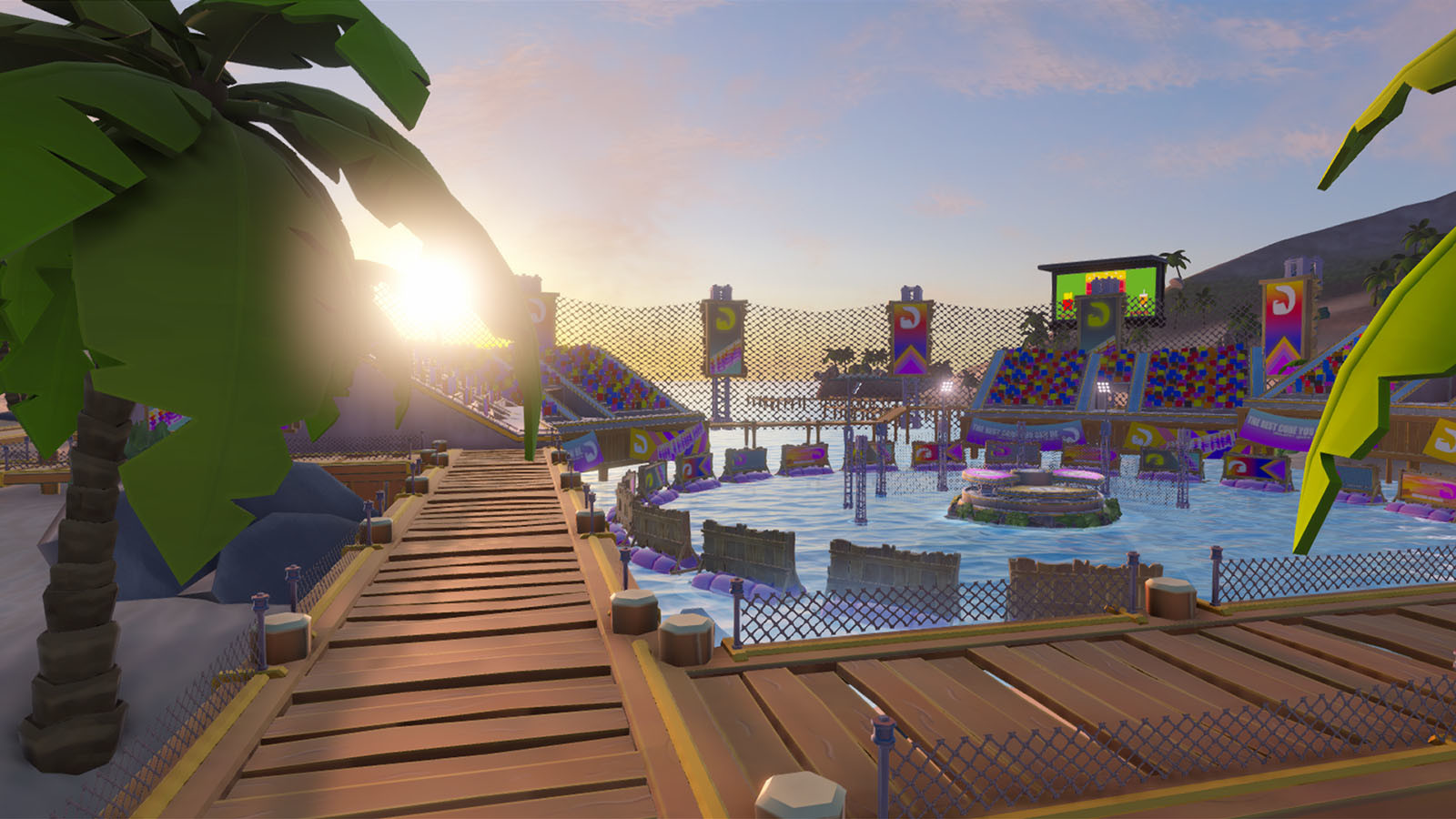 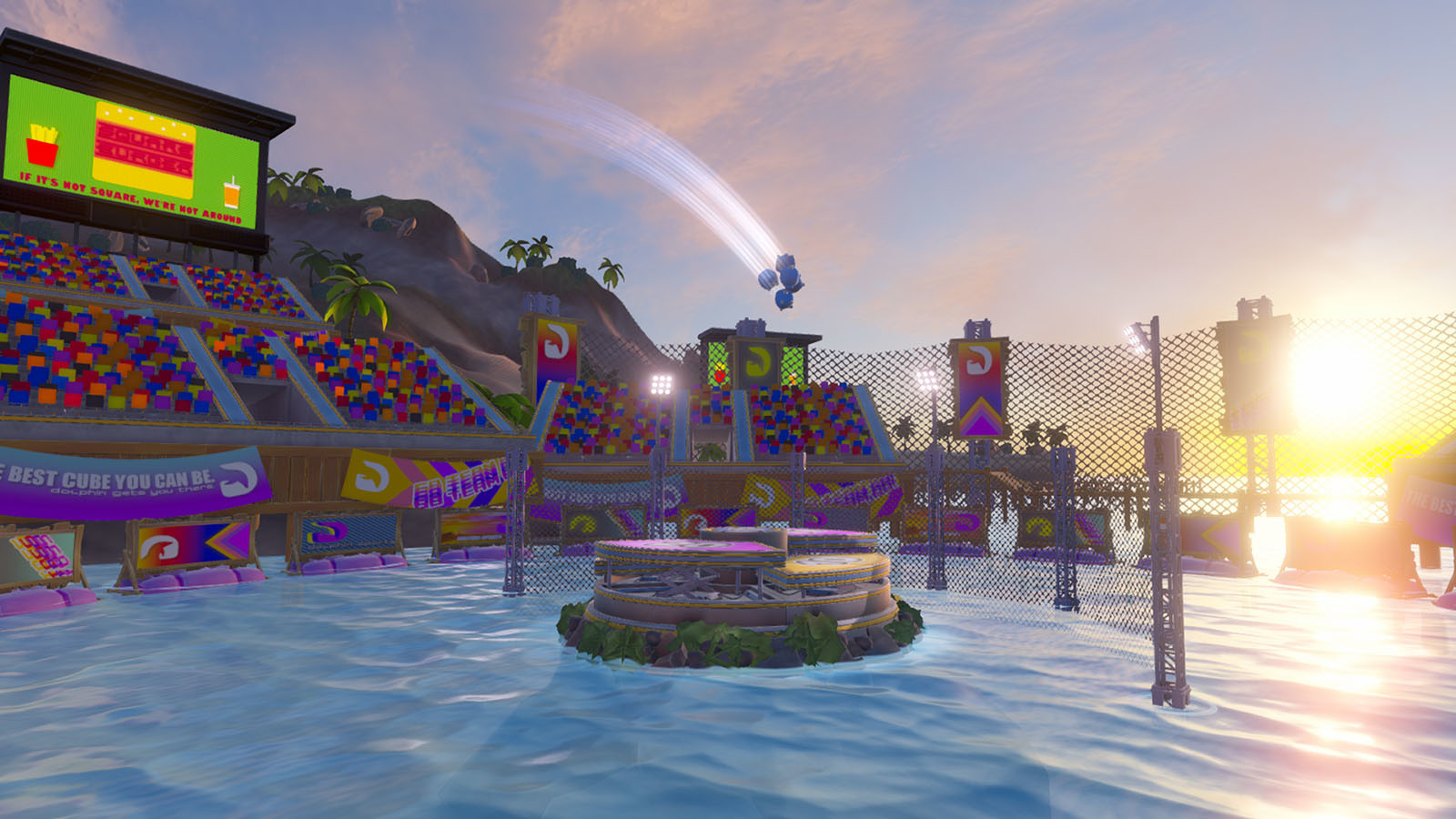 Another shot with the animals soaring 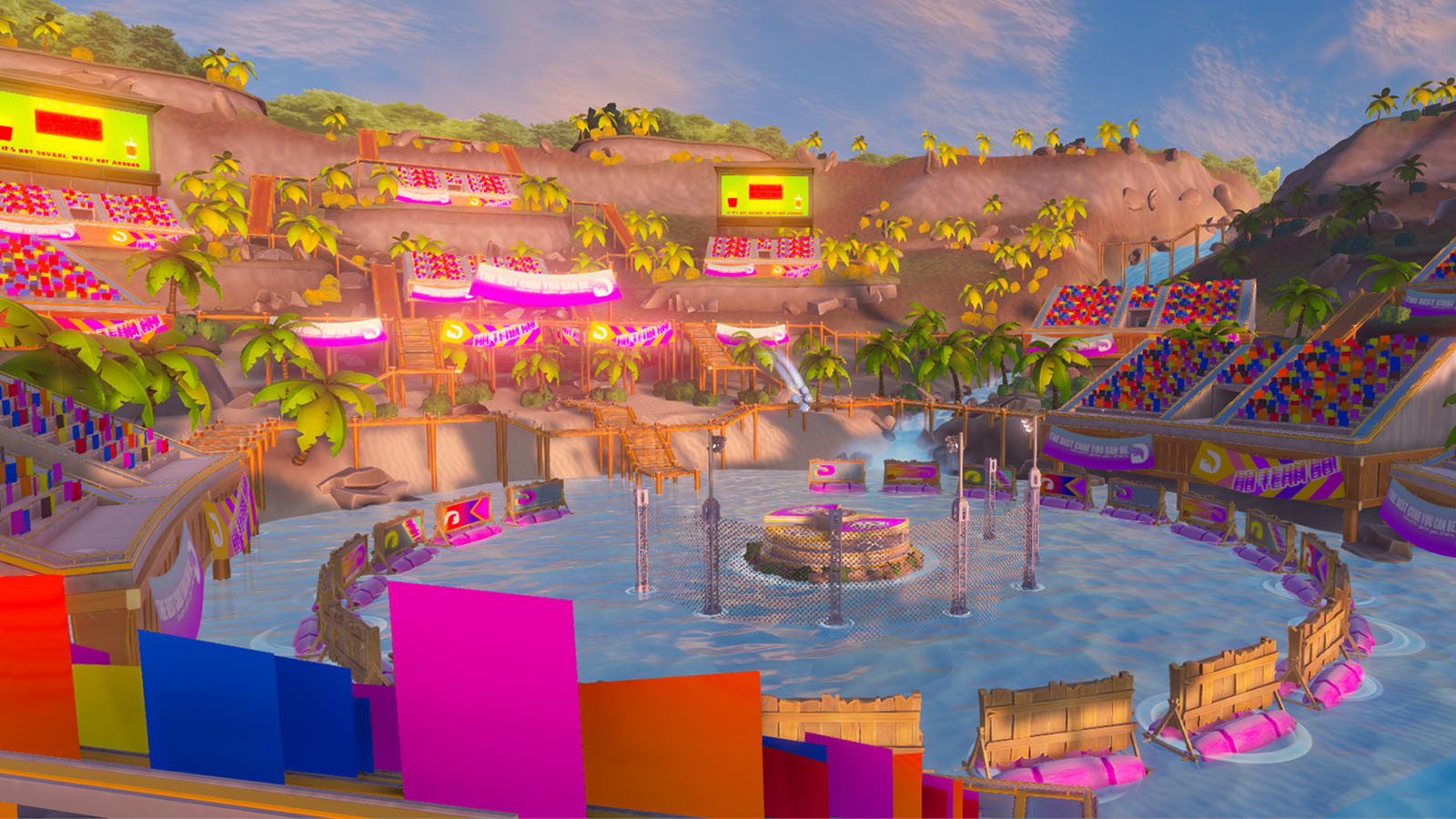 A view from the audience. Some pretty good seats here. 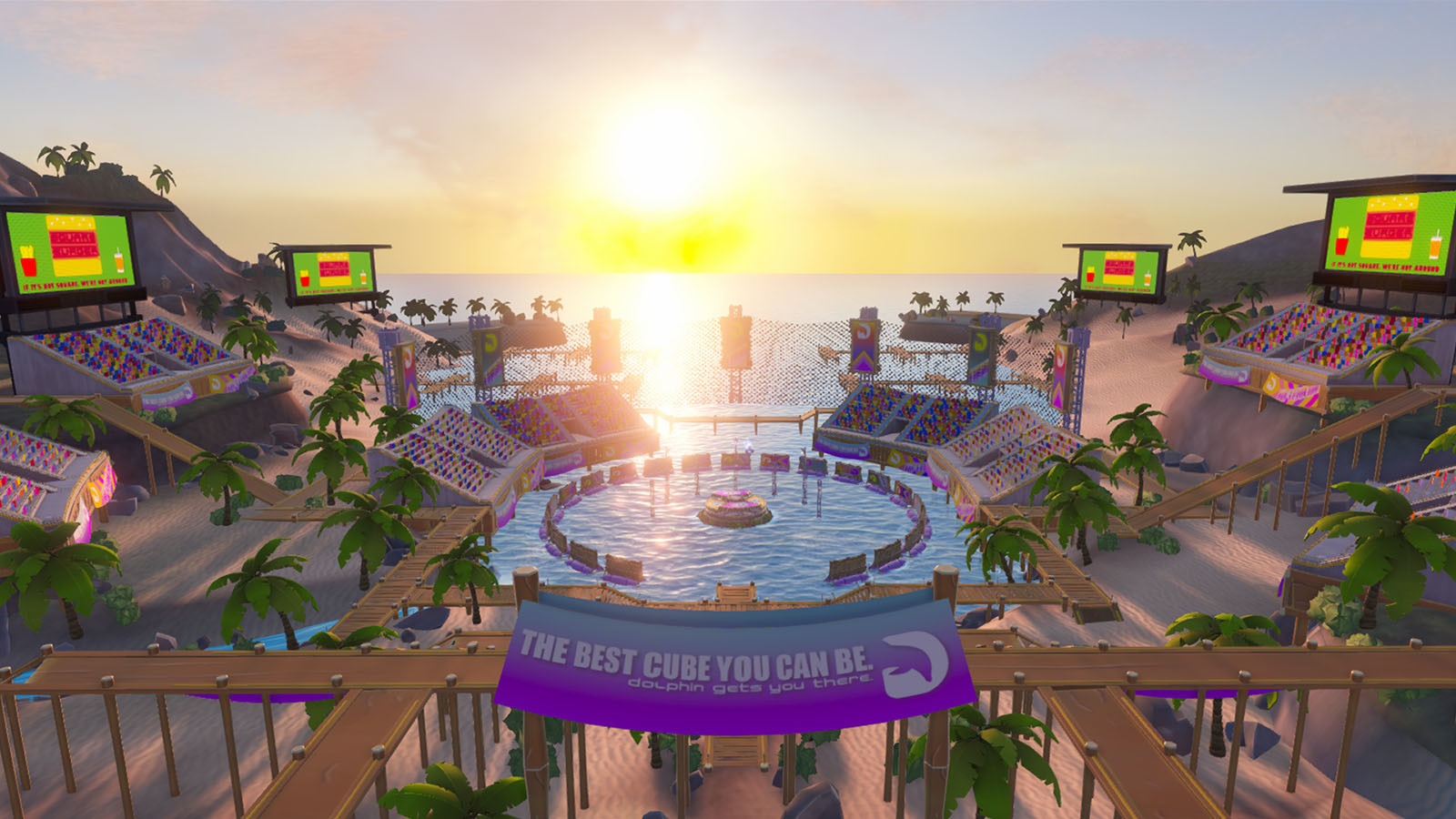 Full shot of the play area. Some boardwalk pieces further from the field got simplified to increase performance. 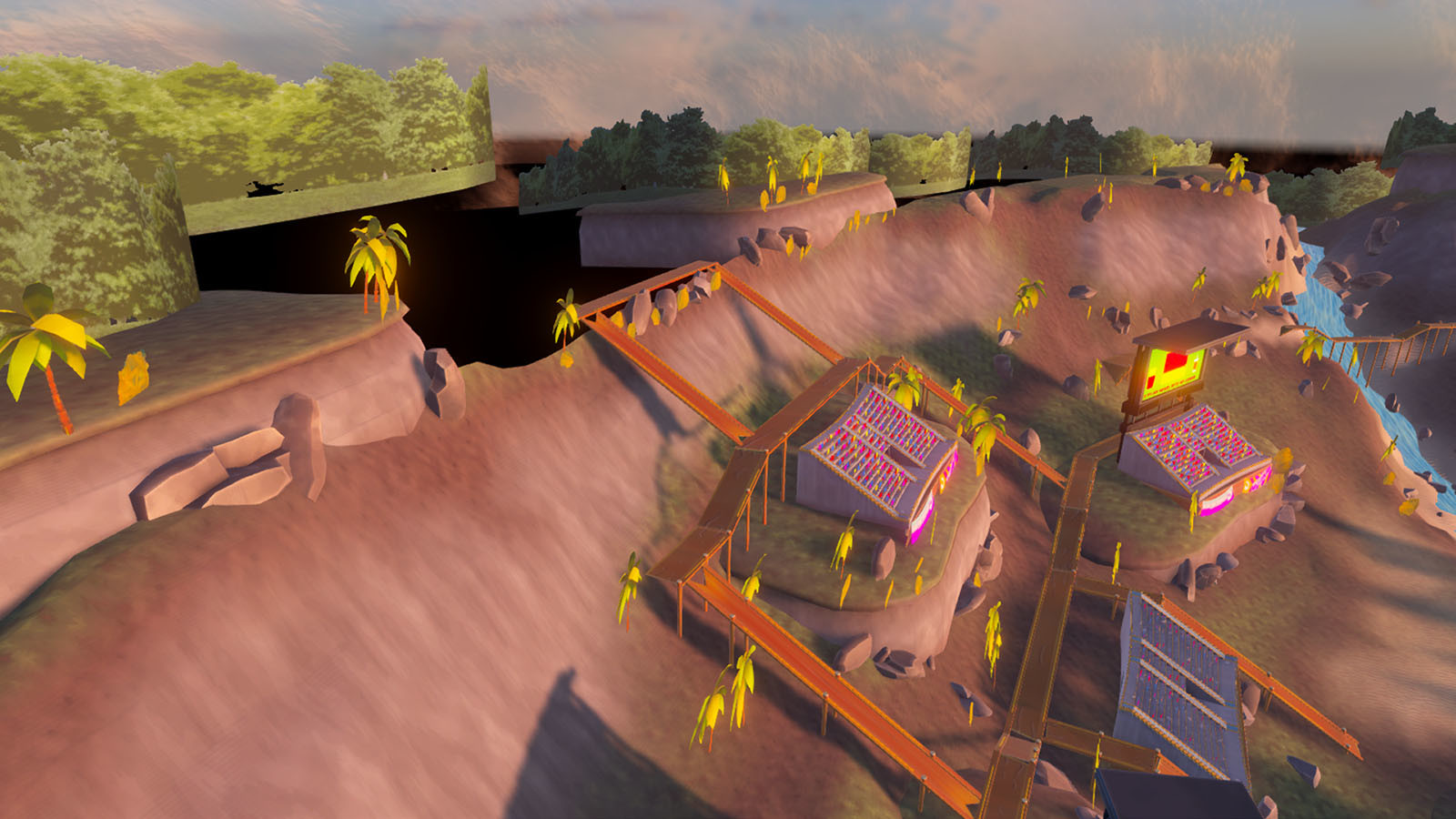 Some examples of extreme performance alterations. Trees/bushes were rendered onto planes. Replacing all the HD trees/bushes with these brought us from ~25-30FPS to 60FPS. 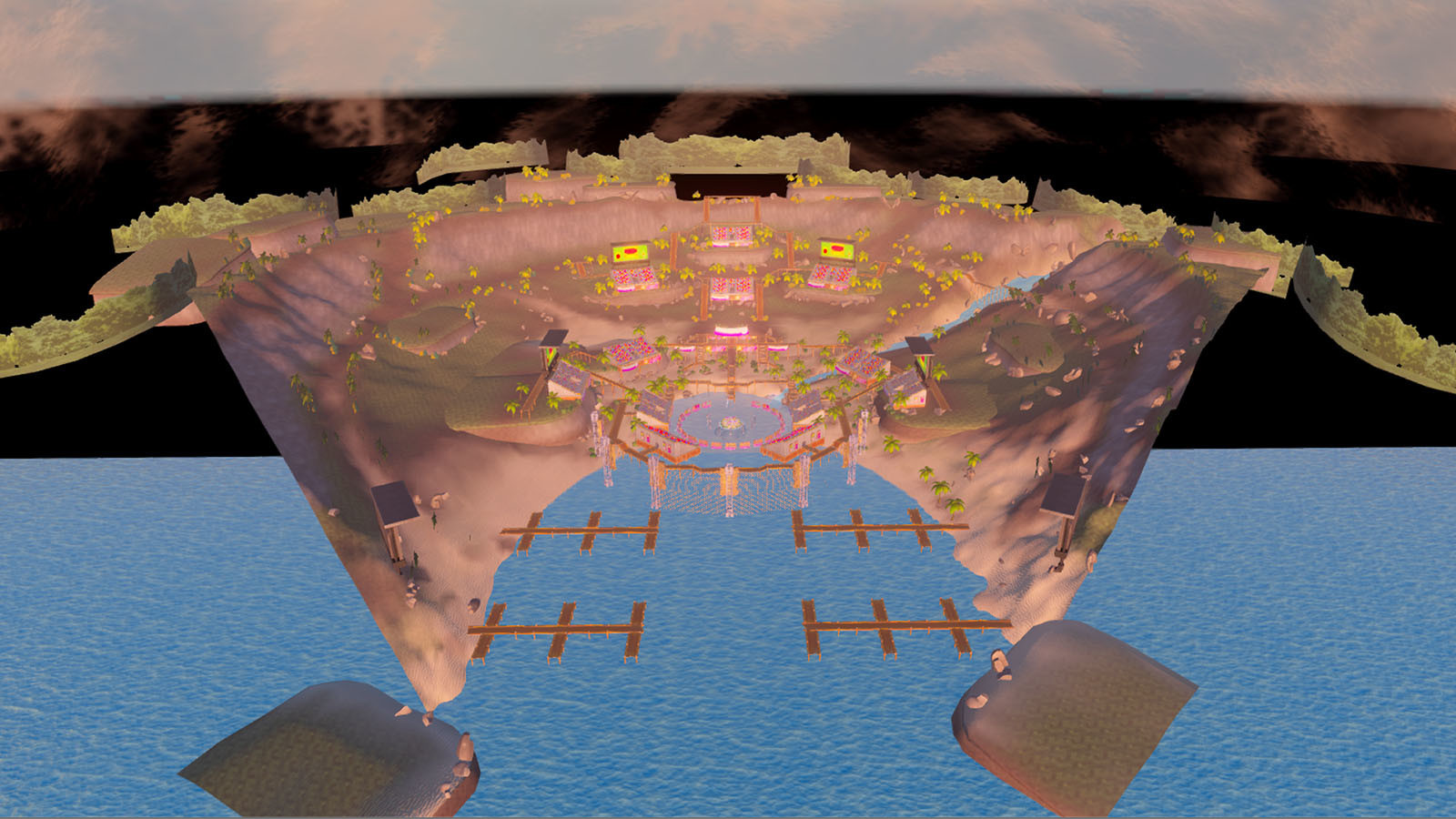 A full view of the map for funsies 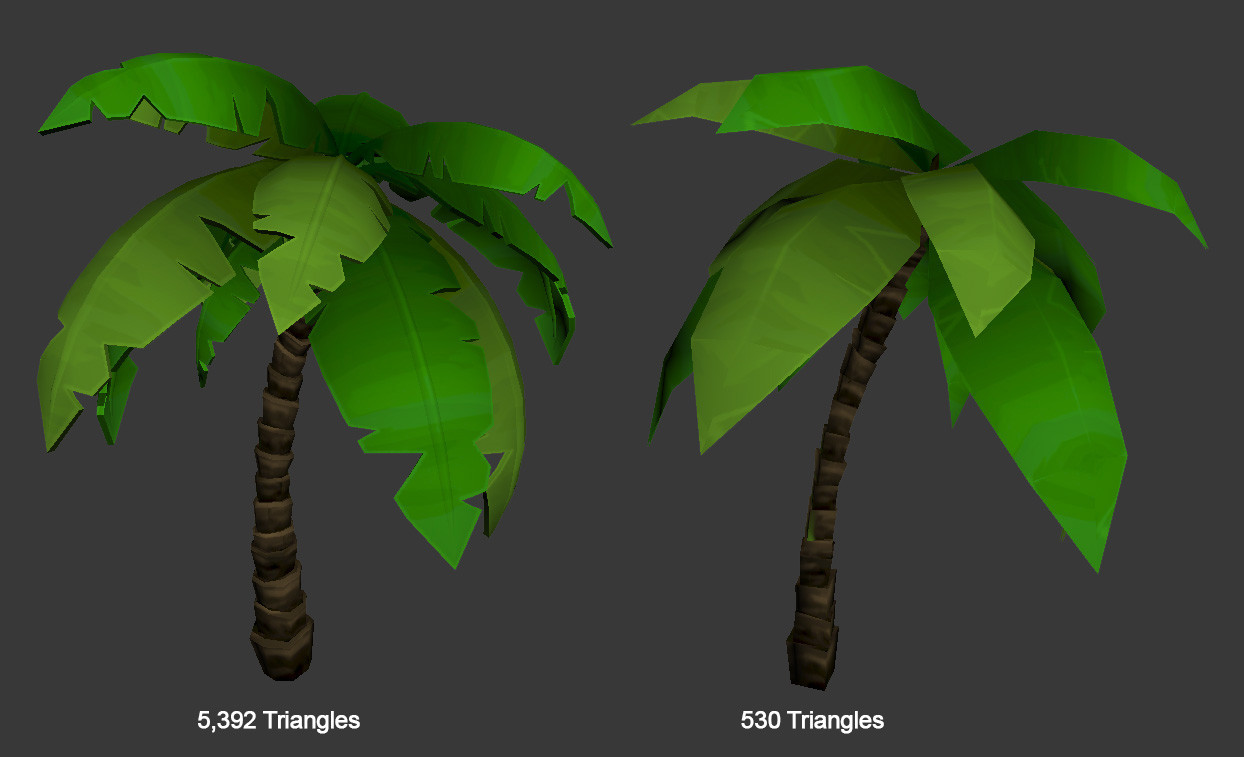 The tree on the left is quite hefty, so it was only used in areas close to the platform. The one on the right was placed mid-range. Close enough to see around, but not far enough to notice the planed versions. 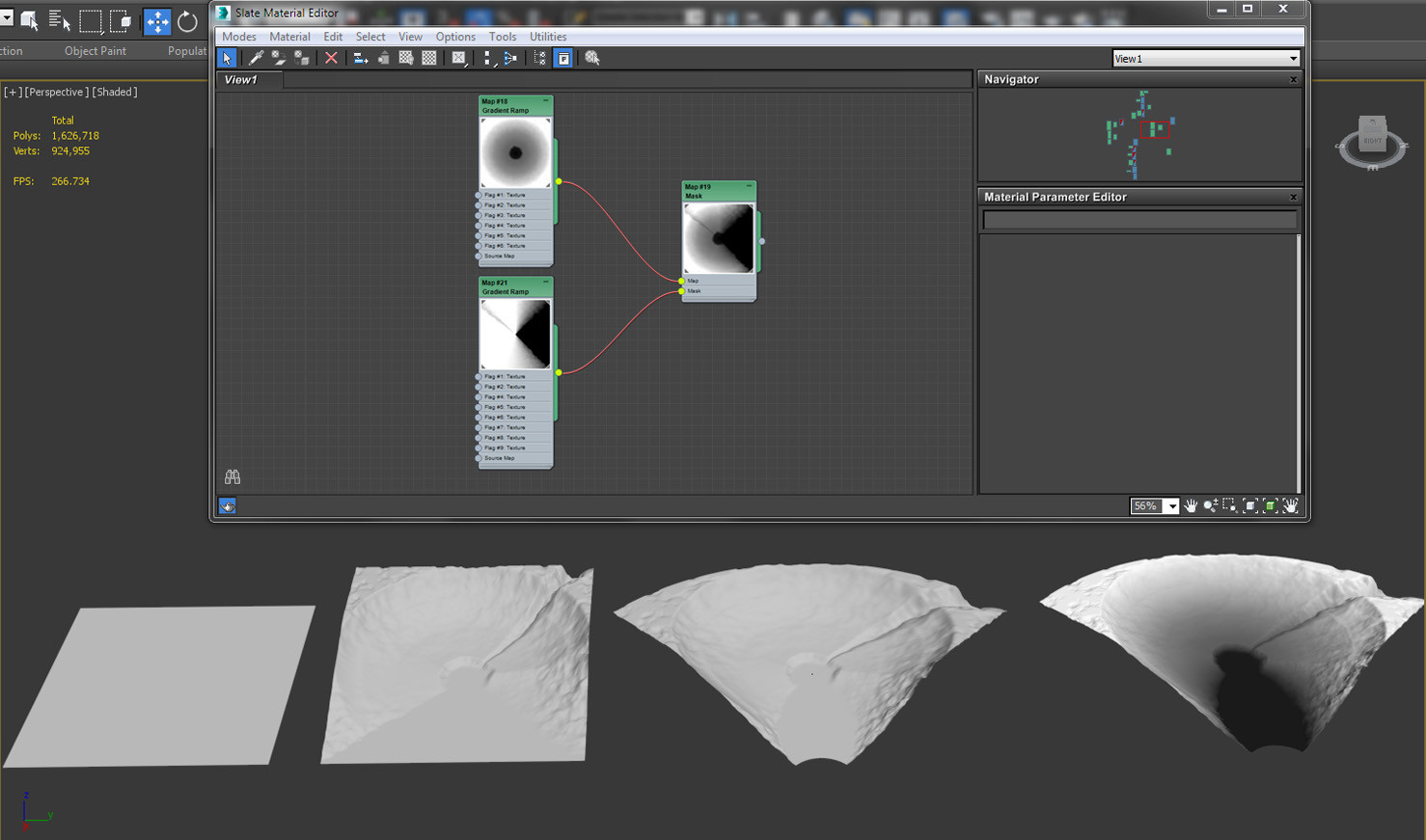 I'm not a fan of Unity's terrain system, so instead, I started with a plane, then gave it a radial displacement in Max with a small divit in the radial to create a river. However, it was too circular, so I gave the whole terrain a 90 degree bend modifier. 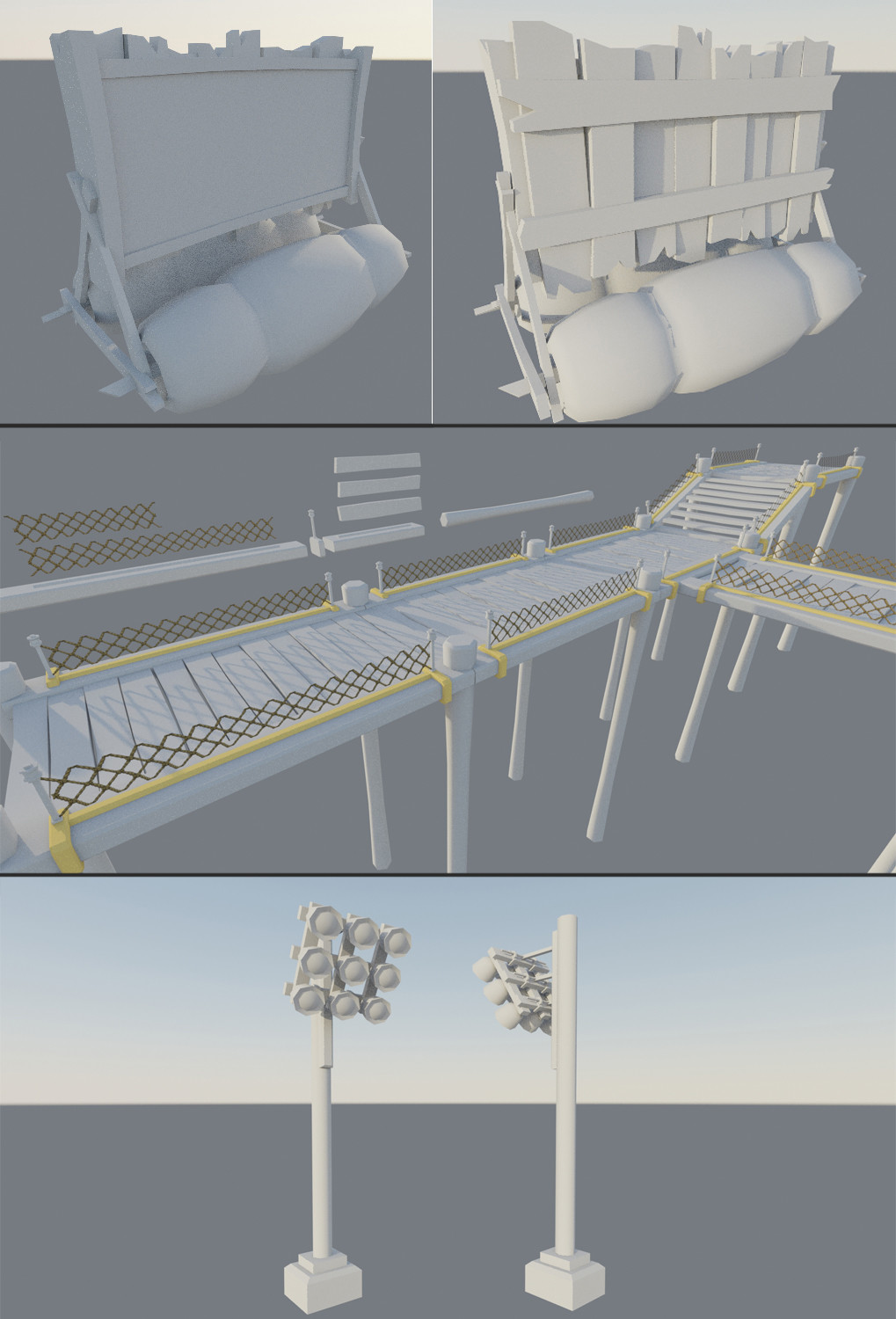 Some more props. The boardwalk is a fun modular set. With 3 boards, I can get 12 "different" boards by rotating each piece.

Gif of some water particles. The left splash is an effect when animals fall into the water. The ripple on the right is used on floating animals and environment pieces.

Impact when the animals hit the platform.

A floating ad using animation and a ripple particle to simulate bobbing.

Lastly, the platform moving! It rotates pretty slowly and the 10/20 sections move up and down. There's also a scaled up ripple around the base

This was an internship project completed over a couple months in 2017. The game was played in a browser where people could use their cellphones as controllers. Each player would take turns launching their cluster of cube animals at a platform to gain points.

I was in charge of creating environment art and particles. A lot of my inspiration stemmed from games like Rocket League and Mario Kart. The setting we went for was basically a vaporwave beach. Though this was done nearly a year ago, one thing I find funny is my source of inspiration, Rocket League, actually created a map with a similar setting and style for this year's summer event! :D

Some external credit goes to my teammates:
- Matt Porter (For creating animals and leading us, a great boss)
- Kyle Labonte (For working on UI, gameplay elements, and the ads on banners/billboards)
- Justin Frey (For programming and technical art) 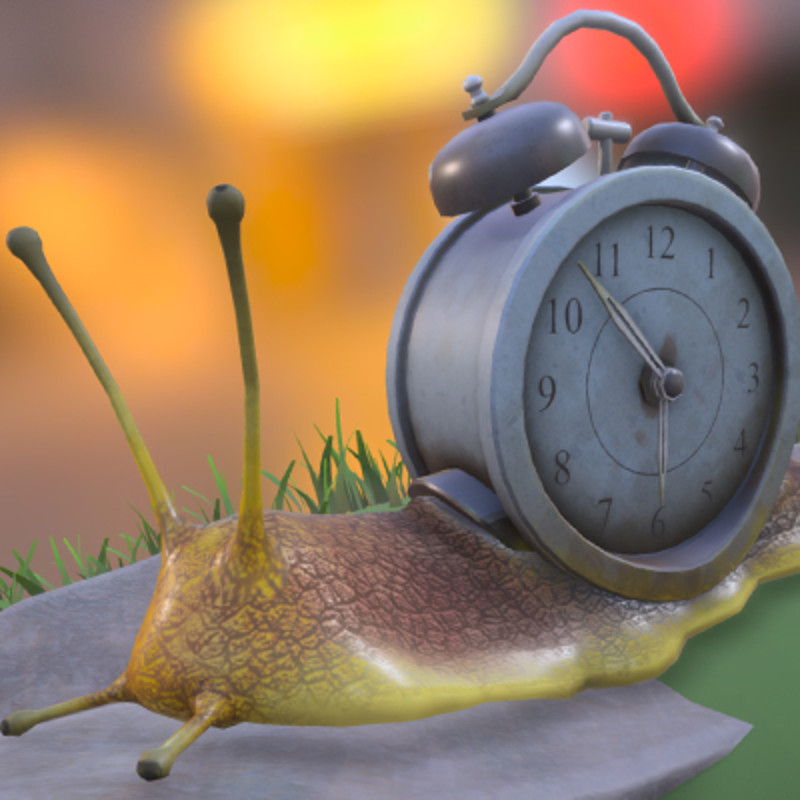 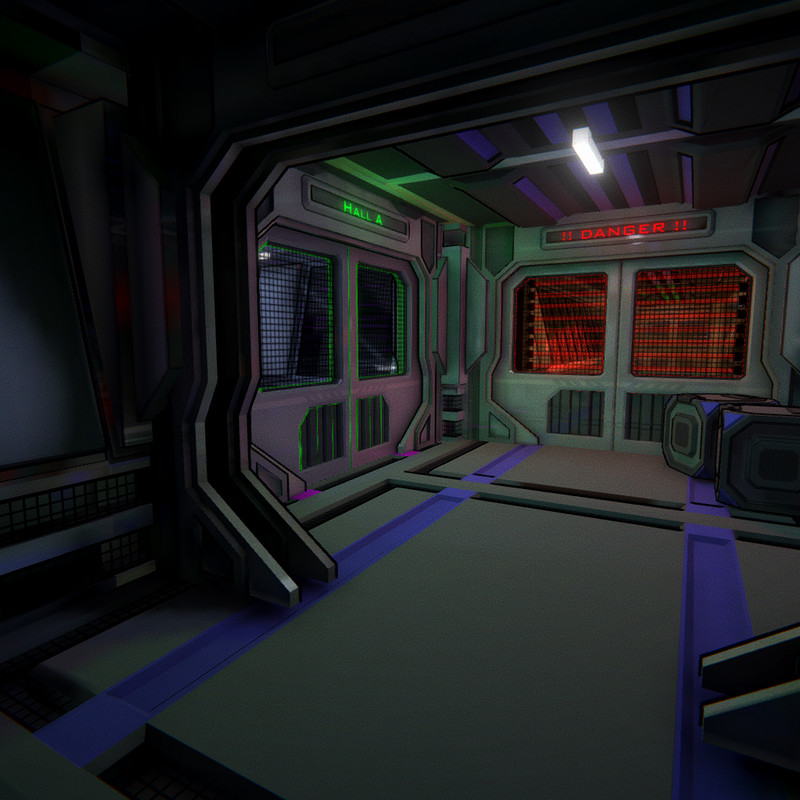